The Vaporware Hall of Shame

The charlatans and snake-oil salespeople in corporate product marketing departments often are pressured to announce and hype products that are clearly not ready for prime time.

Over the years, there have been numerous examples of long-delays and missed ship dates (see Windows Vista), but there is a special place in hell for these products that never, ever were released, despite years of development and buzz. Here are some of the greatest offenders of all time… 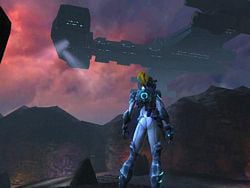 Development of this sequel to the original StarCraft series was started in 2001 for the GameCube, Xbox and Playstation 2. The game was shown in various incarnations and looked pretty promising as early as late 2002. However, internal struggles at the publisher, including the sudden departure of the core development team in 2002 resulted in the game being pushed back to 2003. More screenshots and articles leaked out over the course of 2003, and various release dates were heard between Summer 2003 and Q2 2004. Nothing happened. Then in 2005 at E3 the games publisher, Blizzard,