For those of us who have DirecTV’s HR10-250 TiVo, it’s a bittersweet reality that a new HD DVR has been in the works for quite some time. While I personally love the TiVo UI, the current HD DVRs have been fraught with problems ranging from overheating, to HDMI connectivity bugs, to dying hard drives. That said, I’m certainly interested to see how the new DirecTV HD DVR will function. It’s been delayed a number of times, and now there is evidence that units will start seeing the light of day in the next month or so. 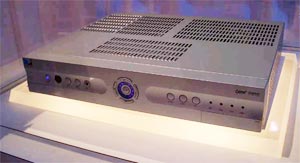 TV Week reported this week that the devices will roll out in August in L.A. and other markets in the weeks following. The new DVR will be the first to support the newer 5 LNB dish and MPEG-4 standard that the satellite provider has switched to in order to increase the number of available HD channels.

There’s still no word from DirecTV on an upgrade path for existing HD DVR users.