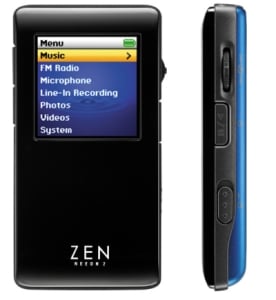 Creative Labs has announced the release of a new version of their Zen Neeon music players, improving significantly on the original models by adding a color screen, video playback and greater memory capacity.With these specs, these players look poised to take on the Apple’s rival iPod Nano line: