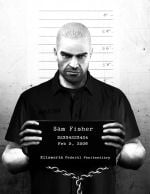 A official post on the UbiSoft community forums confirms the the anxiously awaited Splinter Cell Double Agent for the Xbox 360 and PC will be released on October 19th, 2006. Also revealed was an Xbox 360 multiplayer demo in the works for the Xbox Live Marketplace, and single/multiplayer demos for the PC both to be available around the end of September or so.