Microsoft Games has posted the demo for its much anticipated Flight Simulator X. 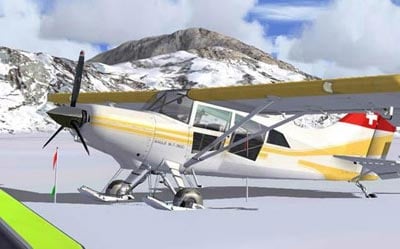 This version contains major upgrades from past releases including massively improved visuals, a dynamic world with insane amounts of detail, multiplayer skies with real-time online traffic from other flyers and many new planes to fly. The demo includes three example missions. The full game will be released this October.

It’s really amazing how far this franchise has come from its humble roots as the SubLogic FS1 Flight Simulator on the old Apple II: