Box Generates Dance Music With Press of a Button

Australia’s Mungo Enterprises has engineered the “Infinite Horizon“, a concept device capable of programatically generating modern dance/trance music with, literally, the push of a button. Just press the BIG RED BUTTON, and out comes a track. 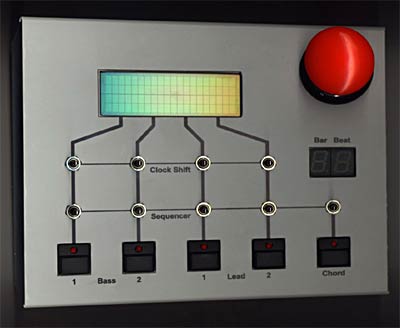 There are a handful of additional controls to influence the direction of tracks, such as when to kick in bass, leads, and chords. Since the device is a sequencer, it doesn’t generate the sounds themselves, but rather relies on external synthesizers for that. If these guys were to build a portable version of this, it could be all the rage with the kids.