Razer Pro|Solutions has announced the upcoming release of the Pro|Type line of multimedia keyboards which incorporate built-in docks for either Apple iPod or Microsoft Zune media players. 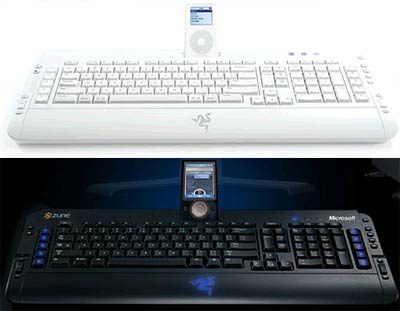 The keyboards will also include 10 programmable hotkeys for macros (32k of onboard memory for macros), Media Center control keys, Line-level out for audio peripherals and two built-in USB ports. A release date and pricing are still pending.