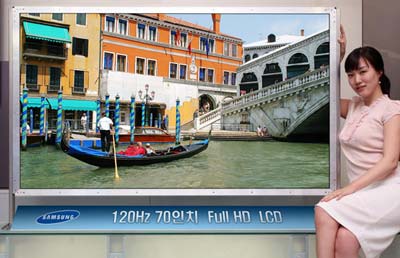 The set will feature a full 1080p resolution and a 180 degree viewing angle. In addition, the refresh rate is 120Hz vs 60Hz, which should result in less visible blurring and flicker. Production of the set is expected to begin in early 2007, with the hopes of giving the bulky and heavy rear projectors and Plasma screens a run for their money. Pricing has not yet been announced.