The folks over at MaxConsole got their hands on these exclusive preview screenshots of the upcoming dashboard update for Microsoft’s Xbox 360 console. 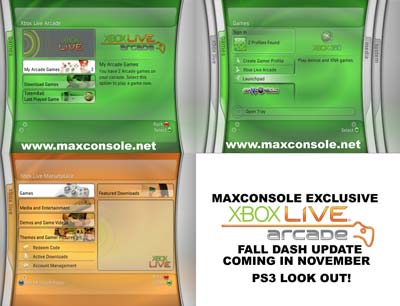 Of note are a new, cleaner look for the Xbox Live Arcade, a better organized Live Marketplace and most importantly, a link to the “Launchpad,” where you’ll be able to play demos and XNA homebrew games if you’re signed up for the XNA Game Studio program.