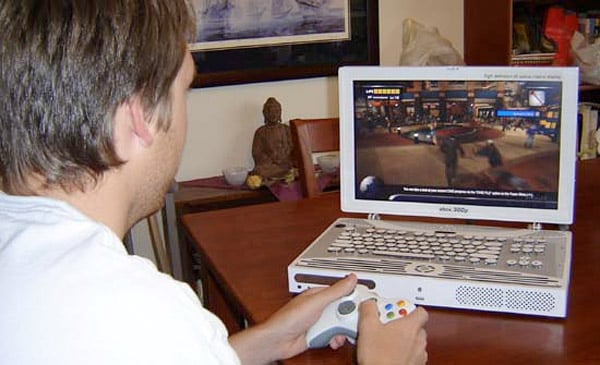 Ben’s “portable” has a beautiful aluminum case with a 17-inch widescreen LCD, built-in keyboard, Wi-Fi and USB ports on board. Dimensions are a “svelte” 16.75″ x 10.75″ x 2.8″, so it’s actually not much larger than a stock Xbox 360. On-board water cooling with a custom built radiator should allow the system to run significantly cooler than an off-the-shelf system.

Keep up the good work, Ben!