At today’s “It’s Showtime” event, Steve Jobs showed off a bunch of new iPod and iTunes features and products. Here’s the skinny on all the new stuff: 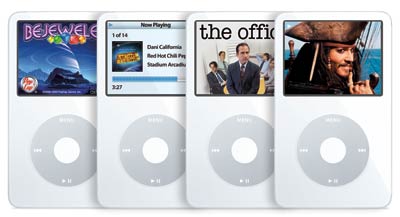 Games for the iPod: 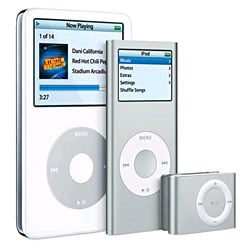 Oh, and One LAST Thing… Content on your TV

While we are disappointed to not see a the rumoured widescreen iPod today, the overall improvements to the iPod and iTunes line are pretty impressive. With the price/performance ratio continuing to improve on these devices, Apple should have a good shot at maintaining its market leadership in the media player sector. In addition, the “iTV” device slated for release in early 2007 looks like an interesting way to bridge the gap between iTunes and your TV. That all said, I’d really like to see if they can support HD content in the future.