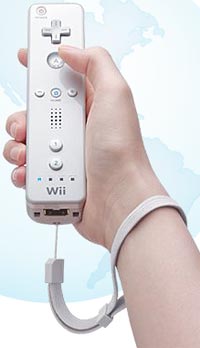 After much speculation, Nintendo has revealed that it’s anticipated Wii gaming console will be released in North America on November 19th, 2006 at a price of $249.99 USD.

The Will will ship with a single Wii-mote, a “Nunchuk” accessory, a/v cable, power adapter, controller sensor bar and stand, a console stand, and two batteries for the Wii-mote. The North American edition is also expected to come bundled with a copy of Wii Sports, which includes a number of games (tennis, golf, baseball, boxing and bowling) that should show off the system’s controller.

Launch titles haven’t been officially announced, but Nintendo says that they will have at least 25 games available this year, and about 30 classic titles available to download from their online Virtual Console service. New first-party games are expected to run $49.95, while Virtual Console games should be about $5 to $10 each. Pricing for third-party games remains unannounced but is anticipated to be around $49.95 as well based on earlier reports.

The big surprise is that Nintendo plans to include features that stray away from their “just a gaming console” philosophy. They announced that the system will include the ability to display their digital photo libraries, receive news and weather updates, and surf the net with a bundled Opera web browser.

With Wii’s very reasonable pricing, and plans to ship 4 million units this year alone, expect Nintendo to steal some major thunder from the launch of Sony’s Playstation 3. Sony’s console has been fraught with launch delays and criticisms about it’s price and size. It was recently announced that Sony would only be able to ship 500,000 systems (400k US, 100k Japan) this year.

[via The New York Times]

[UPDATE 9/14/2006: Some other interesting details have emerged over the course of the day: 1) The Wii will be Region Free; 2) The only storage media planned for now is SD card, no plans exist for a hard drive or other storage device; 3) Even though the console won’t support high definition output, most games will support widescreen 480p play. ]

[UPDATE 9/16/2006: Engadget has posted this story that reverses our earlier rumor that the Wii would be region free. Too bad. ]