Every few days, I report on a “world’s largest” or “world’s smallest” thingamabob, and today should be no different. 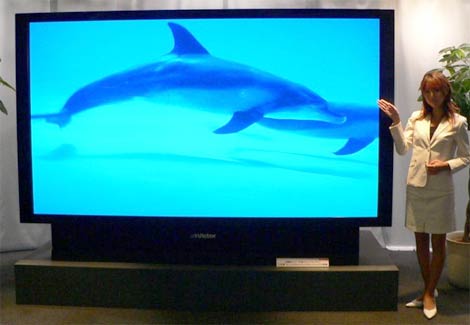 JVC has just shown a new D-ILA (aka LCOS or SXRD) rear projection set that measures a whopping 110 inches. The set features full 1080p (1920×1080 resolution), but I bet you’ll start to see at least some pixel structure on a set that large.

The set is a prototype designed to show off a new technology capable of making large screen materials, so it’s unlikely that you’ll be seeing this enormous set at your neighborhood Best Buy anytime soon.

[via Tech On! via Engadget]