This new mobile phone incorporates a complete Pocket PC and a cell phone in a single, compact form-factor. Rather than going the route of others by either offering the dumbed-down Windows “Smartphone” interface, or the large size of other Pocket PC phone combos, the izenMobile Krma phone attempts to combine the best of both worlds in a single device. 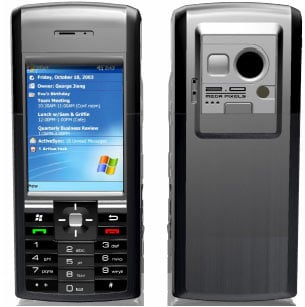 The phone is expected to offer a 2 megapixel digital camera, a 2.2-inch LCD screen, FM tuner and Bluetooth support. Wi-fi support will also be available as an add-on using a MiniSD card.

[via Smartphone Thoughts via Gizmodo ]