Sony announced today that it has started shipping the latest in their SXRD (aka LCOS) line of rear projection televisions, the 70-inch KDS-R70XBR2 and 60-inch KDS-R60XBR2. 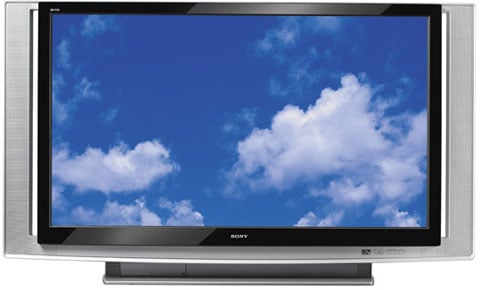 Both models feature a native 1080p (1920×1080) resolution SXRD light engine, capable of displaying full 1080p content when devices are connected via one of the set’s three HDMI connections. Each set also features a CableCARD slot for direct connection to high-definition cable tv signals.

The new sets are improve upon last year’s acclaimed KDS-R50XBR1 and KDS-R60XBR1 models with a new advanced iris capable of dynamic contrast ratios up to 10,000 to 1 and full 1080p input resolution (the earlier models only deinterlaced from 1080i to 1080p.) In addition, the infamous “dumbo ear” speakers are removable on the 70-inch model. I don’t know why they didn’t allow for that on the 60-incher though. They’ve also upgraded their video signal processing circuits from the previous models.