Microsoft has posted a demo for the new EA racer, Need For Speed Carbon for the Xbox 360. 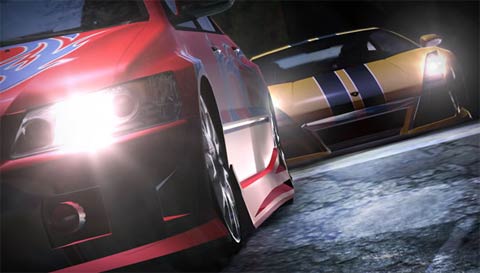 The demo lets you try out three cars, the Mitsubishi Lancer EVOLUTION IX, Lamborghini Gallardo or the Camaro Concept. There are three race modes in the demo as well: Circuit Race, Canyon Duel and Drift Race.

The demo weighs in at about 1GB, and is available now in all regions except Hong Kong, Japan, Korea, Mexico, Sinagpore and Taiwan. Early reports are that the demo suffers from poor controls and laggy framerates, so caveat emptor.