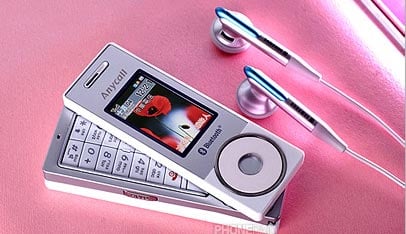 In addition to being a GSM phone, there’s an onboard MP3 player with an iPod-esque click wheel interface and 1GB of memory for storage of tunes. The phone also features a 1.3 megapixel digital camera.

Let’s hope that Samsung thinks about a North American and European release for this beatifully designed phone.