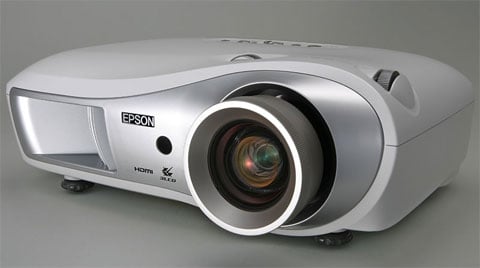 The projector features HDMI 1.3 inputs for digital signals, and supports true 1080p inputs. In addition Epson’s new color engine is said to produce a color gamut that’s 115% broader than NTSC standards. The projector also features an automatic iris and claims up to 12,000 to 1 dynamic contrast ratio, which is very good for an LCD projector. Brightness is rated at 1200 lumens.