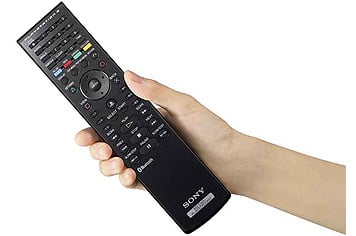 Boy, the reasons to NOT get a PS3 keep piling up. The folks over at Opposable Thumbs have made the astute observation that since the PS3 has no IR receiver port and only a Bluetooth remote control.

Due to this unconventional design, the Playstation 3 cannot be controlled with a conventional universal remote. Typical remote controls use either infrared or analog RF signals to operate devices. In addition, since the PS3’s remote also neglected to include a 50 cent IR output either, so it can’t be used as your universal remote either.

While I like the idea of RF-based remotes (including Bluetooth) since they don’t require line-of-sight, this has got to be one of the worst decisions Sony could make for a device that is supposed to be the central hub of your living room. Hell, I can control a $29 DVD player with a universal remote, but I cannot control a $500 to $600 entertainment device? Sony, what the hell are you thinking?