Sony Too Cheap to Bundle Hdmi Cable With PS3 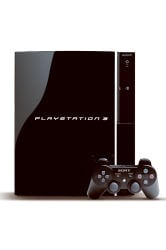 According to this post over at Kotaku, the Sony Playstation 3 will only include a crappy composite video cable when it’s released in Japan.

Apparently, even though the Playstation 3 is all about high definition gameplay and movies, you’re expected to go spend even more money to get it to output onto anything other than a crummy old TV. Now before everyone goes off on me saying that no other console has included component or hdmi cables before, you have to understand my point of view here. If you’re gonna drop $500 to $600 on a system that’s all about high definition, you’d think that you could enjoy that capability out of the box.

Now I know you can pick up an HDMI cable on eBay for less than $10 RETAIL, so why couldn’t Sony pop for the extra few bucks and throw one in the box? Hopefully Sony will change their minds before the US release, but since we’ve already seen the consoles getting packaged, I’d bet that we’re stuck with yet another silly decision from Sony here.

[via IGN via Kotaku]