Toshiba has shown us the future of television in the form of the most unwieldy contraption I’ve ever seen. 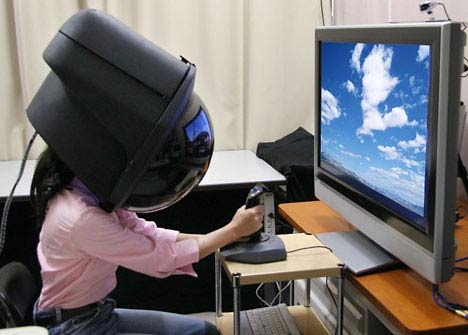 Looking like a cross between a space helmet and some sort of industrial grade hair dryer, the prototype system is said to provide an all-encompasssing 360-degree television experience on its massive convex screen.

I can’t wait until they make a wireless version of these so I can wear mine out on the street.

[via OKfuture via Daily Mail]