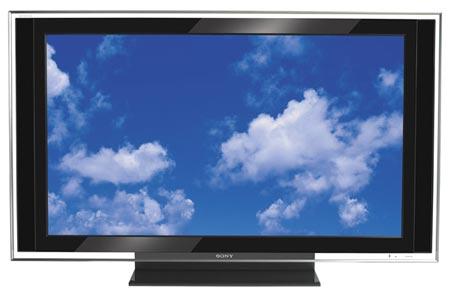 The Sony KDL-46XBR3 features all the bells and whistles you’d expect from a top-notch display. The panel features full 1080p (1920×1080) native resolution and three 1080p HDMI inputs (two on the back, one on the front). The set is also equipped with a wide variety of analog connections including one S-Video, three Composite, two Component and one VGA inputs. Also on-board is an ATSC tuner for receiving over-the-air HDTV signals. However, there are no cablecard slots, which is a bit of a bummer.