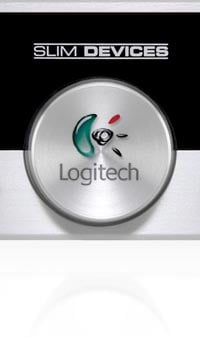 Slim Devices, makers of some of the best streaming media devices out there has announced that they’ve been acquired by Logitech. Logitech paid $20 million in cash for the company, along with potential for additional payments tied to future revenue goals.

Slim’s reasonably-priced Squeezebox and high-end Transporter media devices allow you to send media from your PC to your home entertainment system. Their products are reknowned for their outstanding industrial design as well as their usability and sound quality.

Having already produced some of the best bang-for-the-buck audio systems for media PCs and small media rooms, along with 2004’s acquisition of Harmony, maker of excellent remote controls, the acquisition helps to round out Logitech’s portfolio. The company’s desire to grow in the home entertainment arena is clear, and I wouldn’t be surprised to see future acquisitions in the area of HDTV accessories or other living room tech.

At this point, Logitech expects to keep on the team from Slim Devices, so hopefully we’ll continue to see quality hardware, while prices will likely come down thanks to Logitech’s production and distribution scale.