Pictures of the 20GB and 60GB models of Sony’s Playstation 3 console have surfaced and we can finally see the differences between the two models. 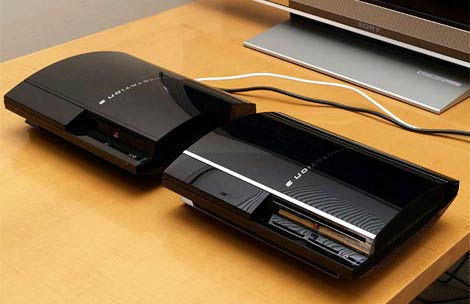 The 60GB also features a flip-up cover to the left of the Blu-ray drive, concealing SD, CF and Memory Stick slots. 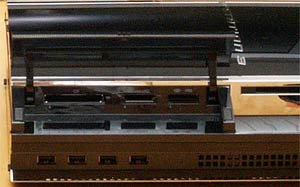 The only other difference that we know of with the 60GB model is the built-in Wi-Fi networking capability. Other than that, they’re pretty much the same under the hood for the $100 difference. Personally, if I end up ever buying one of these, I’ll want the 60GB model, but I can’t imagine why Sony decided to crap up the clean industrial design of the system with the awful chrome accents.