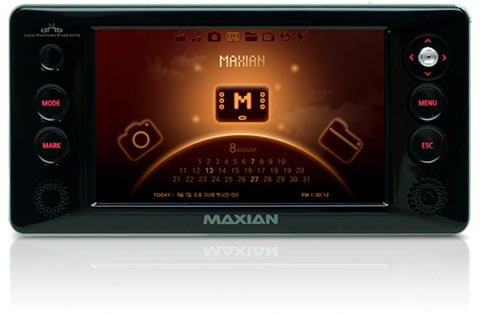 The player features just about everything you could want in a portable. The 4.3-inch display looks great, and supports up to 800×480 (better than DVD) resolution. The audio features include a Burr-Brown digital signal processing, and full support for Dolby Digital and DTS soundtracks (downmixed to 2ch from what we can tell). 802.11b/g Wireless connectivity is also provided. The device can also tune DMB television signals with a built-in antenna, although it’s unlikely this feature will be useful outside of South Korea any time soon. The system runs on the WinCE 5.0 platform, and an Adobe Flash based user interface.

Hopefully, we’ll see these turn up on eBay at some point.

[via dapreview via CNet Crave]