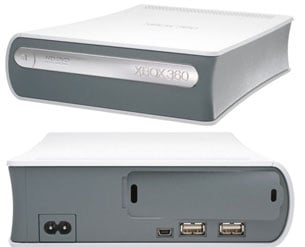 In this post by Shaheen Gandhi, an engineer on the Xbox 360 Platform Team, a massive amount of code went into the HD DVD playback system for the Xbox 360.

As a result of the complexities of decoding HD DVD audio and video content, as well as providing a user interface and DRM, over 4.7 million lines of code went into the HD DVD software. Among the components that had to be developed and integrated:

Remember, there is no hardware HD DVD decoder chip set on board the Xbox 360. As a result, the HD DVD subsystem is almost entirely written in software. It’s one of the most demanding applications written for the 360 to date, using up all six of the system’s hardware threads. According to Shaheen’s post:

At the moment, the player software pushes Xbox 360 harder than any other (save, perhaps, Gears of War during some particularly busy parts of the game).

Now keep in mind, it’s not like millions of lines of NEW code had to be written here, with many of the codecs and graphic libraries already in existence. That said, it’s still staggering how much effort went into the development of this add-on.