Actually, I don’t seem to remember seeing this one in Nigel Tufnel’s guitar collection… 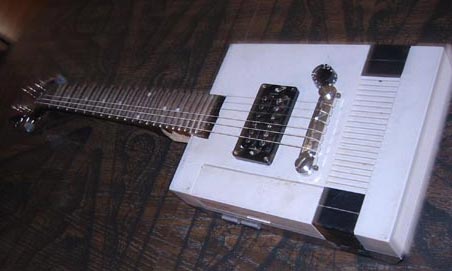 The NES Paul electric guitar case mod, is the mutant offspring of musician/gamer, Jason Cox (aka ‘XOC’,) who decided to meld two of his favorite passions into a single ax of doom. And yes, it’s not just cool looking, it actually plays music.

Now all that need to happen is for XOC needs to hook up with this guy: