Today Toshiba announced a compact 1.8″ hard disk drive, which would enable media players and other portable devices to store up to 100GB of data. 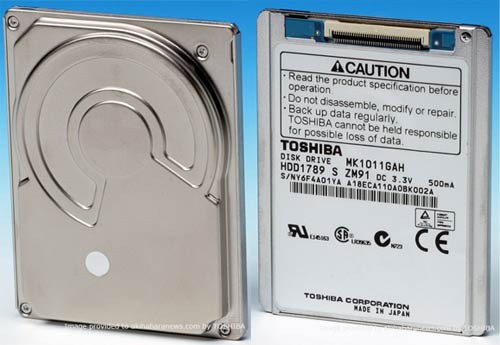 The new Toshiba MK1011GAH is just the right size to fit in an iPod, measuring in at 54x71x8mm and weighing just 59g. The drive is expected to be released in January, just in time for Apple’s MacWorld show and expected new device announcements. I wouldn’t be surprised if the drive ends up in Apple’s rumored widescreen touchscreen video iPod.