Wii Wrist Strap Gets Silently Beefed Up by Nintendo

After a number of concerns about easily broken wrist straps on the Nintendo Wii’s “Wii-mote” controller (and Nintendo’s denial that anything was wrong other than aggressive game play), it appears that Nintendo has started to include improved straps with recently shipped consoles. 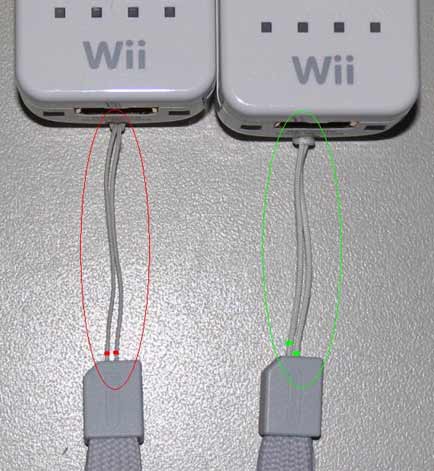 From this comparison image posted on GoNintendo, it’s clear that there are much thicker cords on these controllers than were in the initial shipments. While there’s no absolute confirmation that the new cords are actually more durable, in most cases a thicker cord should mean a stronger cord. Nintendo continues to tow the line that there was nothing wrong with the design of the straps to begin with, but I’m glad to see they worked on a solution anyhow. There’s no word from Nintendo if these upgraded straps will be available for purchase to improve the original Wii-mote.

[UPDATE: You can now order a replacement strap from Nintendo for just $1.00 here. From what we’ve heard, the one’s they’re shipping are the new version.]