LG Electronics has announced a new device that combines a widescreen LCD television with a full-fledged Windows PC. 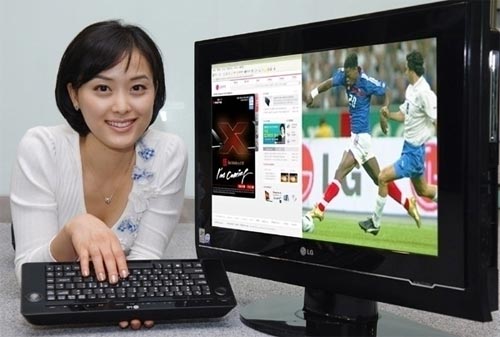 The computer adds virtually no bulk to the flat panel display. The first system in LG’s TVPC lineup will come with an Intel Celeron 430 CPU, 160GB hard drive, 1GB of RAM and on-board WiFi connectivity. The system is expected to be released initially in South Korea for about 1,850,000 KRW (appx. $2000 US). No release date or pricing has been announced for other markets yet.