If you’re sick and tired of changing the AA batteries in your Wii-mote, you might want to check out Joytech’s new charging dock for Nintendo Wii controllers. 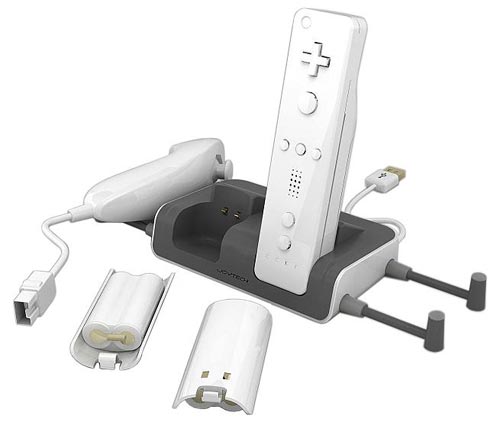 The Joytech Wii Power Station comes with two rechargeable battery packs, and provides docking bays to charge two remotes at once. There’s also storage space for two Nunchuk controllers too, so they won’t get lonely. The Wii Power Station should hit shelves in the coming weeks, and should sell for less than $40.