At the Binary 2.0 Conference in Japan, a presentation was given using the Nintendo Wii remote controller to operate a Sony Playstation 3. 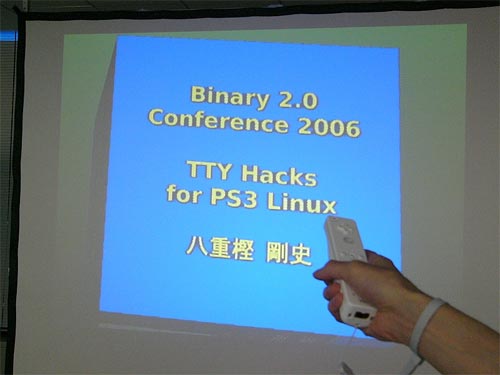 The catch? The controller was installed as a device using a custom Python driver under Linux on the PS3. The entire presentation was actually done on the PS3, with the Wii-mote being used as the controller for the slide show. While this is a pretty rudimentary demo, it does go to show that with a little ingenuity, you could combine the processing horsepower of the Playstation 3 with the unique control scheme of the Nintendo Wii. If you’re feeling adventurous, you can try the Linux driver yourself here.

What’s next, dogs and cats sleeping together?