Just in time for Christmas, Playstation 3 owners are getting a small glimmer of happiness in the midst of all of the lumps of coal that Sony has dealt us so far. On December 24, they’ll be offering the Gran Turismo HD Concept game as a free download on the Playstation Store. 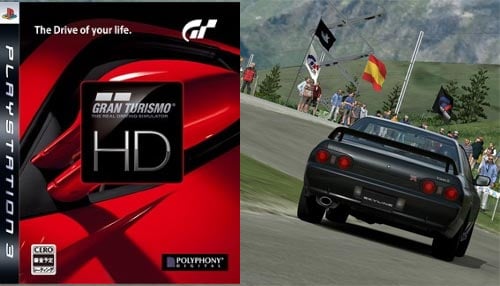 Gran Turismo HD Concept is more of a technology demo for the upcoming Gran Turismo 5 than a full-fledged game. It’s actually based on parts of GT4 from the Playstation 2, updated to run on an early build of the GT5 engine. The game will take advantage of the PS3’s true 1080p high definition resolution, and offer an enhanced car physics system.

You’ll be able to play just one course (Eiger Nordwand) and drive in time trial races to unlock 10 new cars. Upon unlocking the initial 10 cars, you’ll get access to 10 “tuned” versions of the same vehicles and another driving mode called “Drift Trial.”

You can’t really complain about any new content for the PS3, given the dearth of decent launch titles and PS2 backwards compatibility issues.