Wii hacker, LiquidIce has set up an integration between his Wii console and his home automation systems. 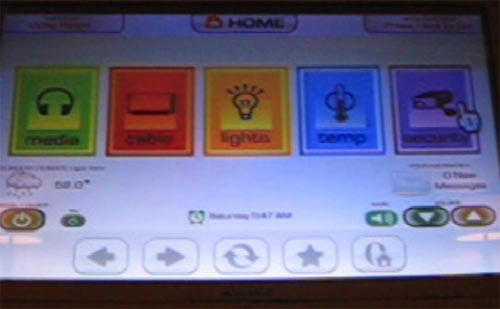 The system lets him control his lights, thermostat, security and home entertainment systems, all from his Nintendo Wii.

The system is actually a web-based interface written in PHP and Flash running on a MySQL database. The software controls IR emitters, Insteon lighting controllers and an Aurora WACI NX+, an IP-based controller for real-world devices. That all said, I suppose that he could also control the system from any web browser, so it’s not necessarily Wii- specific. As a matter of fact, he originally wrote the interface for the Sony PSP.

While it’s not necessarily as practical as a portable universal home automation controller, it’s still a great hack.