If you’ve always wanted to build up a huge collection of vintage console games, now is you chance to do it in one fell swoop. Some guy over in Hamburg, Germany has decided to sell off his collection of over ninety classic (and not so classic) video game consoles on eBay. 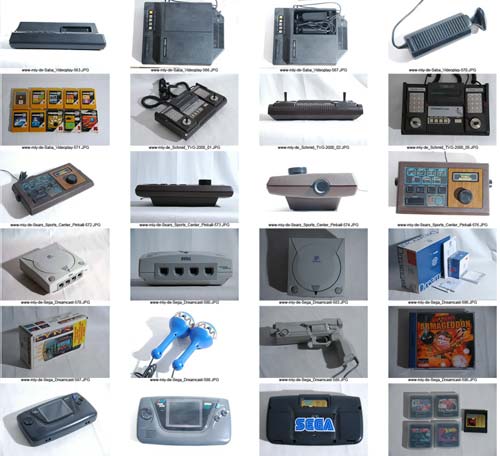 The massive auction includes such classic consoles as the original Intellivision, NEC Turbo Grafx 16, Nintendo NES and SNES. It also features some vintage stinkers like the Nintendo Virtual Boy, the Odyssey 200 and number of crummy Pong clones. A couple of real rarities, such as the Game Axe portable Nintendo clone and the Sega Nomad round out the pack.

Just about the only thing missing is my personal fave, the Vectrex. A number of games are also included in the massive sale. If you look closely, you’ll also see some real treats like the original Samba De Amigo maraca controllers for the Sega Dreamcast. Starting price for the auction is 3000 Euro (appx. $3941 USD.)

Personally, I prefer the simplicity of emulators such as MESS. They take up a lot less space and don’t cost four grand.