Known primarily for their scanners and other peripherals, Microtek has announced the release of their new line of reasonably priced plasma televisions. Microtek’s new Cineon line of plasma displays includes 42-inch (CP42HA) and a 50-inch (CP50HA) models, ranging from $1600 to $2200 retail. 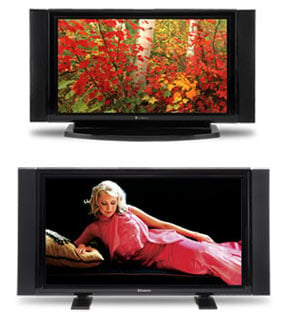 Both sets feature WXGA (1366×768) resolution and can handle 480p, 720p and 1080i source signals. The Cineon’s also offer an on-board NTSC/ATSC digital tuner for over-the-air HDTV broadcasts. The 42-inch model claims a 10,000:1 contrast ratio, while the 50-inch offers 8000:1. The sets also feature a diverse array of inputs including VGA, HDMI, component, composite and S-video. The displays are available for purchase now through custom A/V and home theater installers.