Nokia n-Gage: Not Quite Dead

We all thought Nokia had finally given up on their abysmal N-Gage portable gaming console / mobile phone combo, but apparently they’re not quite ready to throw in the towel just yet. 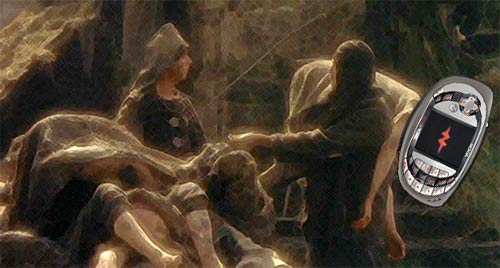 Nokia has recently launched an updated N-Gage website touting that “In mid-2007, the N-Gage experience will evolve.” and other intentionally vague marketing pablum. There’s no specific mentions of new devices, software or launch dates, leading me to believe that some product manager has been assigned the task of keeping the N-Gage brand name alive, but hasn’t quite figured out what to do with it.

Now if the new N-Gage was really a Nintendo DS Lite with a phone and an Apple iPod built in, I might be interested. We’ll just have to wait and see what brilliant ideas Nokia has in store for us.