For a while, there’s been talk about an updated Xbox 360 in the works that is to feature a smaller, cooler running 65nm CPU. Now it looks like the new version of the game console may include additional features. 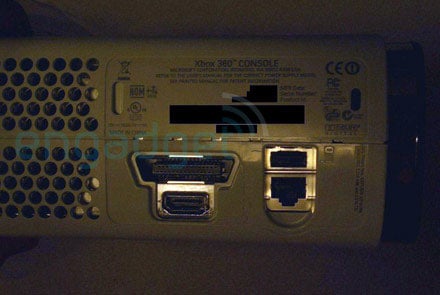 Engadget managed to get their hands on an image that purports to be a new Xbox 360 case with a built-in HDMI port for true 1080p digital output. In addition, word on the street is that the new model (codenamed “Zephyr”) may feature a much bigger, 120GB hard drive.

No word yet on a release date or if any other features might sneak in (like a built-in HD DVD drive, please.)