In the same breath that Microsoft plans to announce that the Xbox 360 has surpassed 10.4 million units sold, they also will reveal that the 360 might just be the living room trojan horse that many thought the system might turn out to be when first announced.

According to this post (UPDATE 1/6/07: this link is no longer active) on The Mercury News, it’s expected that Microsoft will be announcing plans during their upcoming CES keynote speech for the gaming console to act as an IPTV set-top box for high-definition digital television. 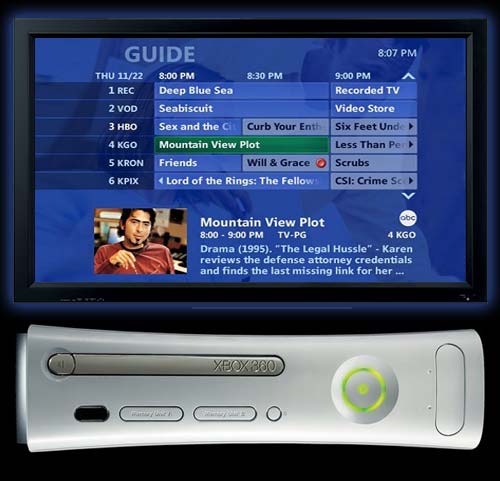 So now that Microsoft has 10 million+ Xbox 360’s in living rooms all over the world, they certainly could be the bait for people to adopt upcoming Microsoft IPTV based television services (such as AT&T’s U-Verse service) by offering a single device that can play high quality games, online community, media downloads and storage, and now, stream live television.

[UPDATE 1/6/07: It appears that the original Mercury News story has since been removed, leading me to believe that this information was, in fact an early leak that wasn’t supposed to hit the press until after the CES keynote]