I’ve been a big fan of Sony’s BRAVIA LCD flat panel sets for quite some time. Now, so long as your bank account can take it, you can have the cream of the crop with their new 70-inch Bravia television, the KDL-70XBR3. 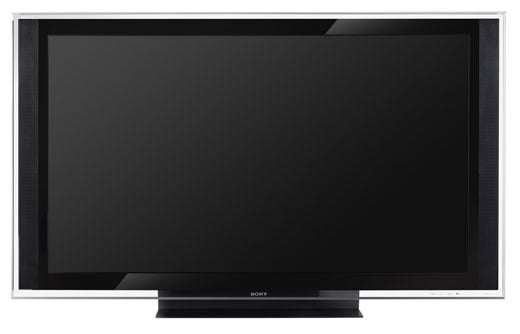 So what makes this television so special, and why would you want to spend as much as a new car on it? The new set features a number of improvements to image quality over standard LCD panels. For starters, there’s xvYCC color capability (Sony calls this “x.v.Color technology,”) which is supposed to the gamut of colors by 1.8x over the today’s color standards. The XBR3 also features 120 Hz refresh rate (aka “Motionflow”) with motion compensation, which should significantly reduce or eliminate motion blur and other unpleasant artifacts. The display panel is 10-bit 1080p native, and illuminated by LED backlighting.

The set also features a 178-degree viewing angle and Sony’s Digital Reality Creation v2.5 circuitry. Contrast ratio is rated at 7000 to 1, which is very good for an LCD (although Samsung is working on an LCD with a 50,000 to 1 contrast ratio, so there!) Now one thing that kills me is that while the Sony includes a reasonable number of HDMI inputs (3), the recently announced 60-inch Vizio Plasma comes with 4 HDMI inputs at 1/10th the price. With more and more devices sporting HDMI outputs these days, you’d think that a $33k set could throw in a few additional inputs.

So if you’ve just gotta have the biggest, baddest, most expensive toys, the new 70-inch Bravia LCD set might just be right for you.