If you travel a lot, you might want to check out the newly announced Franklin TGA-490 language translator that can actually speak in 12 different languages. 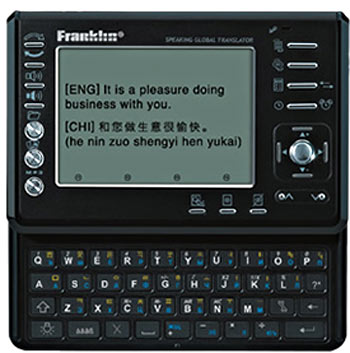 The Franklin TGA-490 Universal Speaking Translator will be available starting this February for $229.95 USD.