Even though Blu-ray has already declared victory in the high definition format war, Warner Home Video clearly hasn’t counted out HD DVD as a viable format. At this week’s CES show, the company announced a new format, called the Total Hi Def Disc, which provides both Blu-ray and HD DVD content on opposite sides of a single disc. 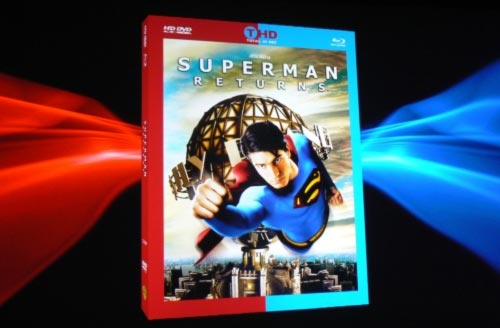 The new disc format should hit stores in the second half of ’07. The discs can contain both single or dual layer titles in both formats, with 15 to 30GB on the HD DVD side, and 25 to 50GB on the Blu-ray side. Earlier this week, LG announced a single player that can play either Blu-ray or HD DVD titles, so it’s clear that the industry recognizes that consumer confusion (and apathy?) may be hurting sales of both formats. It’s way to soon to know if more studios will adopt Warner’s new format, but it’s good to see they’re making some effort to solve the problem.