Looking for a plasma set, but want true 1080p resolution? Samsung has revealed their first 1080p plasma sets (“the 84 Series”) for release later this year. The Samsung HP-T5084 50-inch plasma television is scheduled for release this May for $4199. If you’re a bit more patient, the 58-inch version of the set, the Samsung HP-T5884 will hit shelves this September for $5199. 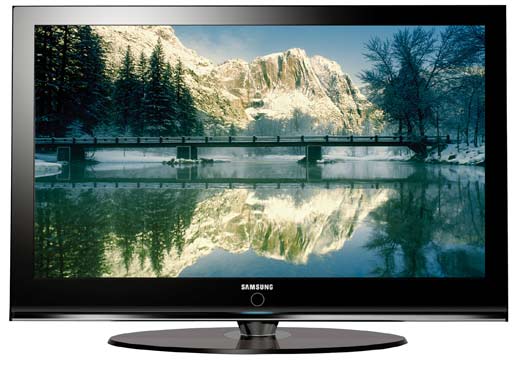 The displays feature full 1920×1080 resolution panels, in a sleek design that conceals the built in speakers by hiding them in the sides of the cabinet. The sets also offer Samsung’s FilterBright2 Plus technology to help reduce glare and increase contrast even in bright environments. The displays will also have a wide array of inputs including three HDMI ports, and even a USB 2.0 port. Also on board will be a built-in ATSC/NTSC tuner for over-the-air television programming.