For those of you who are fans of Matt Groening’s classic animated show, Futurama, here’s a computer casemod was just dying to be done. 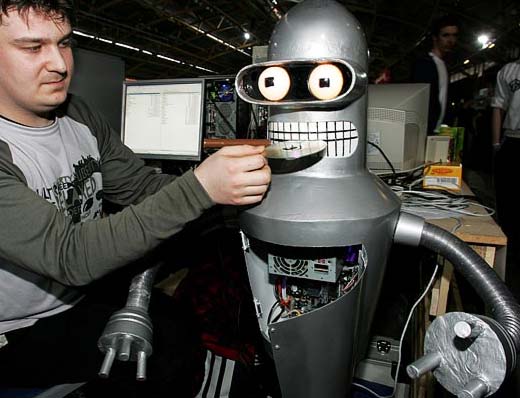 Modeled after everyone’s favorite acerbic, beer-swilling, foul-mouthed robot, Bender, this is one fine piece of casemodding work. From his slot-loading DVD/CD mouth, to his light up eyeballs, to his computer-gut innards, to his functional WiFi antenna, this mod truly a work of art. The system is a fully (dys)functional miniITX based PC. It took the team over 4 months to build it, but under 2400 Norwegian Kronor (under $370 USD) in materials to build. And no, they don’t plan on mass producing them.