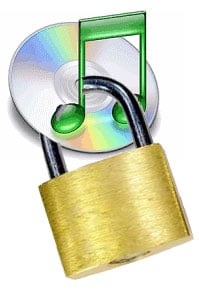 Up until now, its been nearly impossible to (legally) use your purchased iTunes music and videos on anything other than Apple’s own gear. According to a post on Tech.co.uk, this may be about to change soon.

The story claims that Apple may be getting ready to announce that they will offer licensing of its proprietary Fairplay digital rights management to Made for iPod licensees. If this really happens, streaming media devices other than Airport Express and the forthcoming Apple TV could be enabled to play purchased iTunes media.

There are a handful of devices that do provide streaming of iTunes tracks to non-Apple devices, such as the Logitech Wireless DJ and Netgear’s recently announced EVA8000 Digital Entertainer HD media streamer. However, it’s my understanding that these devices don’t directly access tracks, but instead piggyback onto iTunes to let it do the DRM authorization.

I’m hoping that this story does turn out to be true, as it’s one of my biggest frustrations with iTunes purchased media. I personally don’t care for Apple’s current streaming solutions, and would love to be able to use my purchased iTunes tracks on other media devices such as a Slim Devices Squeezebox, or (wishful thinking here) my Xbox 360.