Sony Finds a New Way to Take Our Money

Rather than solving such important challenges as delivering quality games, fixing the awful PlayStation Network interface, or working out the nasty bugs in the system’s PS2 backwards compatibility, Sony has announced that they’ll be releasing an exciting new add-on for the PlayStation 3 console… drum-roll please…. 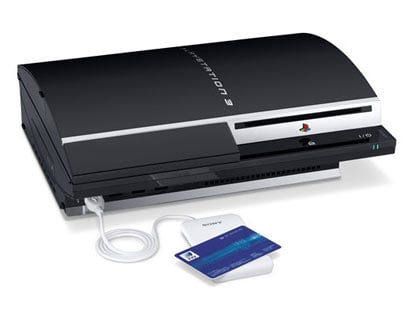 The Edy reader connects via USB and will provide Japanese PS3 owners with a way to pay for stuff on the PlayStation Network using Edy “e-money” stored on their cell phones, or in smart cards found in vending machines.

Now, I understand that Edy is a fairly popular way to pay for things over there, but to me, it seems like Sony needs to focus their PS3 efforts on the gaming experience once and for all. On January 24th, Sony plans on releasing a new firmware version, v1.5 to add support for the device, so I was hoping that might fix some of the other issues out there. Unfortunately, according to this post on the Sony Japan site, it doesn’t look promising