For those of you who can never get enough horsepower in your PC, you might want to check out some of the new Intel Core 2 Quad core CPU machines coming out this year. One such machine is the Sony Vaio R Master desktop PC. 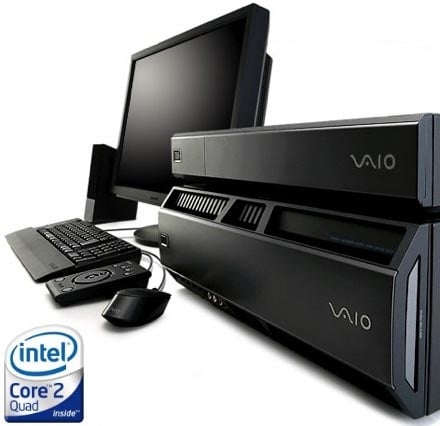 The machine is the new bad boy on Sony’s block, featuring a quad core 2.4GHz Core 2 Quad Q6600 CPU. Fully outfitted, the machine sports 3GB of DDR2-667 RAM, 3TB of SATA hard disk storag, an nVidia Quadro FX 1500 graphics card, and a 24-inch widescreen LCD. In this configuration, the system should have no problem handling the most graphically and processor intensive tasks out there.

Now the bad news… in this configuration, the system will run