The faux pas of the day comes to us courtesy of master of all things Xbox, Major Nelson. Apparently, some junior web developer over at Sony mistakenly used a screenshot of the Xbox hit racing game, Project Gotham Racing 3 in an advertisement for Gran Turismo 4. 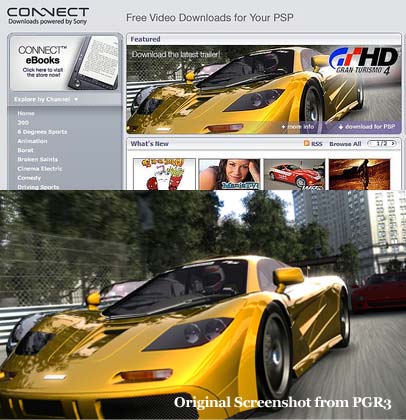 The ad was posted for a short time on Sony’s PSP Connect website, and has since been taken down. I imagine that the genius who posted the ad has also been put down. The original image can be found here on the Bizarre Creations website.

Keep up the good work!