Cooler King Cools Off Xbox 360 and Much More

This nifty add-on for the Xbox 360 combines additional cooling like Nyko’s Intercooler, but also adds some other nice bells and whistles to the back of the console. 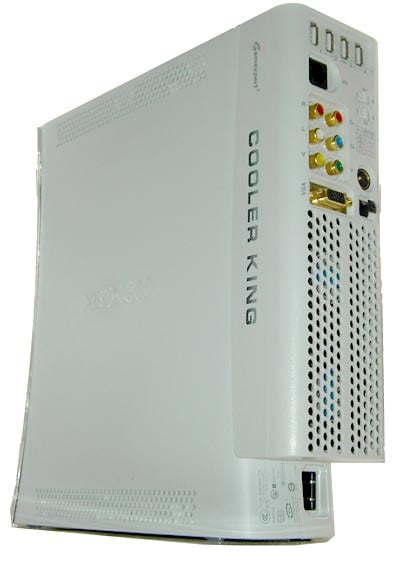 The Gamexpert Cooler King adds direct-connect video outputs to the back of your Xbox 360, including VGA, component, S-video and composite, as well a digital optical output for surround sound. In addition, the Cooler provides a 4-port USB hub so you can hook up a few additional devices to your 360. Of course, the Cooler King’s namesake is its additional cooling capability.

The Cooler King ships from the U.K., and can be found for about