One thing sorely lacking from Sony’s SIXAXIS controller for the PS3 is the rumble sensation that’s present in pretty much all of the other major gaming systems out there. Sony claimed they left it out due because it interfered with the systems motion sensors, but conventional wisdom tells us that a legal dispute between Sony and Immersion kept the controllers rumble-free. 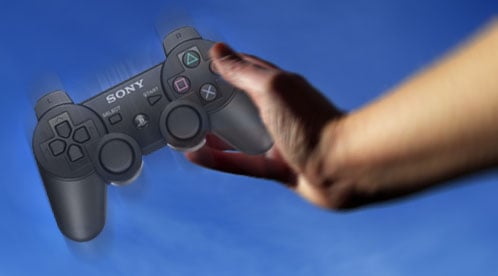 That all said, it’s us gamers who really lost out, and there are certainly some games where rumble feedback is sorely missed. Thankfully, the guys over at Edmonton-based SplitFish have come up with a new force feedback system which they claim won’t interfere with the SIXAXIS motion sensors (or just wouldn’t infringe on Immersion’s patents). If Sony opted for this technology, perhaps we could see rumble once more on PlayStation controllers, or at least on some 3rd-party controllers.

That all said, if no PS3 games support rumble, does it really matter?